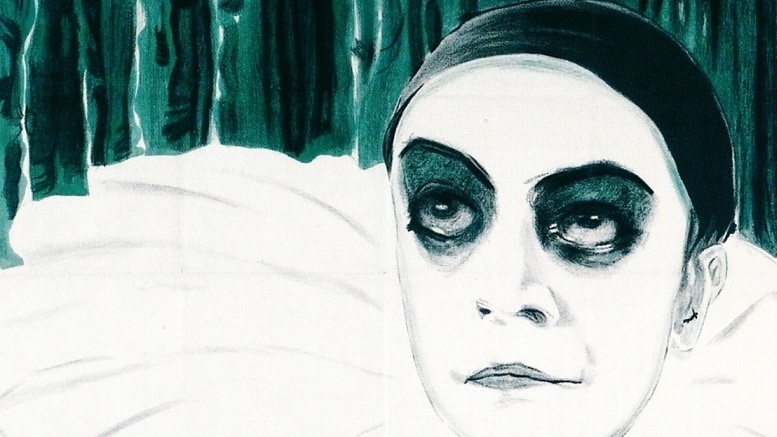 Vienna born Ernst Deutsch received his artistic education in his home town at the renowned School of Applied Arts. But like other artists, he was attracted to Berlin, then one of the great centers of modern poster design. As of 1911 Deutsch was active in Berlin, and very successfully so. There he was inspired by the extremely matter-of-fact poster style of a Lucian Bernhard (see Neue Werbung, 1985/5), and an innovative “factual elegance” distinguished his work. However, over time he distanced himself more and more from the austerity of the plain, business-like poster style. He turned towards the more substantial: A new wealth and depth of drawing characterized his work. First signs of this development can already be seen in his designs for “Richard’s”, originally published in 1912 as advertisements, later also as a poster series.

A certain dandified, sophisticated extravagance, an overly pronounced elegance, and, quite often, whimsical humor characterized his work and was to determine his future output. These qualities and his direct targeting of the audience put his style into the proximity of that of Hans-Rudi Erdt. But while Erdt essentially remained true to a matter-of-fact design, Deutsch exhibited a more personal note which – despite his inclination towards a richness of drawing – created a sketch-like impression that tried to concentrate on the essential.

1919 Deutsch returned to Vienna, a decision that may have been connected with the increasing allegations of plagiarism in the journal “Das Plakat” in 1917 and 1918. In Vienna, Deutsch started a new career. He changed his name to Ernst Dryden and opened his own studio. But he remained true to his style.

The Twenties brought new methods and strategies of advertisement to Europe, predominantly from the United States. Advertising campaigns with an overall concept, i.e. a master plan for a consistent design, started to become the norm. Deutsch created such an all-encompassing graphic image for the exclusive Viennese menswear shop Knize. Consequentially, his artistic development led him towards a commercialized Art Deco style. In 1926 he became artistic director of the journal “Die Dame” (“The Lady”). In this capacity he was drawn to Paris, the hub of the fashion world, where he created a huge quantity of fashion designs, front pages and posters. Outside these activities he concentrated on working for “luxury goods”, aesthetically reminiscent of his Berlin years, increasingly using contrasting color plains.

In 1933 Deutsch left Europe for the United States. Within a year he became a sought after film costume and fashion designer. As such he was responsible for films like “The Garden of Allah”, “Lost Horizon”, “Dr. Rhythm”. He dressed stars like Marlene Dietrich. His decision to work in the area of costume dramas and spectacles was a natural development considering his previous work in the fashion arena. One could say his designs were animated to reality on the screen.

In March of 1938 Deutsch died of a heart attack. It was only a few days after he’d learned of the “Anschluss” (annexation) of his home country to Nazi Germany.

The film director and friend Billy Wilder called him the „most elegant man who ever lived“ (Bernhard Denscher, Kunstpresse 1988/3). Special merit in processing the forgotten oeuvre of Deutsch-Dryden has been earned by Bernhard Denscher (Vienna) who provided public recognition with the exhibition and catalogue “Tagebuch einer Straße” (Diary of a Street), as well as Anthony Lipman (London), responsible for the preservation and accessability of the Deutsch-Dryden estate.