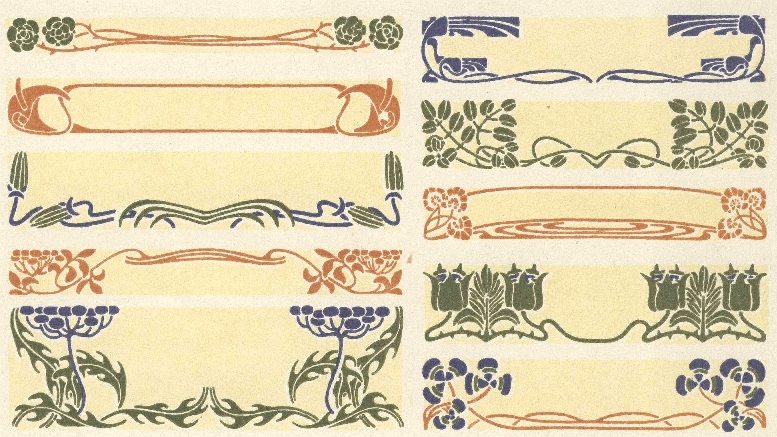 “Artistic work with the medium of the poster is so interesting for me because it means that, among other things, art need no longer be consumed via the private market but is publicly available and because of the temporary character of such works the aura and therefore also the value of the timeless art work becomes relative and is abolished.” This position, formulated by Gerwald Rockenschaub in 1992, is certainly part of a Viennese tradition: it is relatively close to the programme of the Vienna Secession towards the end of the nineteenth century.

The first issue of “Ver sacrum” in 1898 stated, “We do not differentiate between ´high art´ and ´low art´, between art for the rich and art for the poor. Art is common property.” In fact the first Secession poster, designed by Gustav Klimt, was more an announcement for a new direction in art – including scandal – than an announcement for an exhibition. To connect art and everyday life and to intervene in public space for new ways of seeing with their own unusual works was one aim of the Secessionists which was consistently followed, partly with large-format posters.
Koloman Moser, 1898

As a result, a series of young artists such as Egon Schiele and Oskar Kokoschka were able to make their positions clear via posters. This included the acceptance of all consequences – Kokoschka´s poster for the Kunstschau 1909 was one of the first public announcements of Expressionism and, as the artist remembered, “enraged” the Viennese.

Following the First World War there was a kind of media explosion in the field of the poster. Vienna was full of billboards and business, politics and the entertainment industry made use of this means of advertising to a previously unknown extent. The independent profession of “graphic designer” was born. One of them, Victor T. Slama, who influenced the political poster in the Austrian First Republic like no other, formulated the new self-confidence of the advertising scene in 1929, “In the field of the fine arts the poster is perhaps the most manifest expression of this new era. Just as the Renaissance had its frescos and the more recent period its easel pictures, the epoch which is now beginning has taken up the poster as its characteristic tool in the service of its idea.”

Slama´s views were influenced by Russian Constructivism, which was also concerned with creating an aesthetic for all areas of life. The Hungarian artist Lajos Kassák , who lived in exile in Vienna between the wars, represented a similar position. He declared that advertising was “constructive art” and believed, “Creating advertisements means being a social artist.”

Joseph Binder, whose graphic concepts for the companies Meinl, Arabia, Semperit and Bensdorp influenced Viennese urban space from the thirties onwards and who was later very successful in the USA, analysed the situation as follows: “Advertising, which is far more prominent than the visual impressions of all museums and galleries, is suited to shape public taste like no other medium.” In fact at that time the attempt was made to use the effect of the gallery of the street to bring art to the public. In 1929, for instance, the Social-Democratic Art Organisation found the money to commission the international graphics star Binder for a poster which, besides advertising for a theatre, also brought the stylistic characteristics of Constructivism to a wider public.

National Socialism and war allowed no space for art and after 1945 it was also difficult for Modernism in Vienna to regain its place in public consciousness. Exhibition posters for contemporary art seldom found their way to public billboards due to an insufficient advertising budget.

In the mid-eighties the Wiener Festwochen (Vienna Festival) began to take up the theme. In 1985 a group of young artists was invited to contribute a work for a collective large-format poster for the festival without reference to the other works. Gerwald Rockenschaub, designer of the first museum in progress poster series, was one of the artists involved. In 1986 the Festwochen invited Jenny Holzer and Keith Haring for a project in urban space. At the beginning of the nineties the discourse about the connections between art and advertising began to intensify on an international institutional level. In 1990 the Museum of Modern Art in New York presented the exhibition “High and Low. Modern Art and Popular Culture” while at the same time the “Centre Georges Pompidou” in Paris exhibited the comprehensive show on the theme “Art & Publicité 1890 – 1990”.

In this environment museum in progress began its consistent series of poster interventions which have in the meantime become international. The protagonists have thereby sent out a strong signal for art in public space. According to “Eichinger oder Knechtl”: “The poster is a part of urban-planning because it changes the city to the same extent as architecture.”