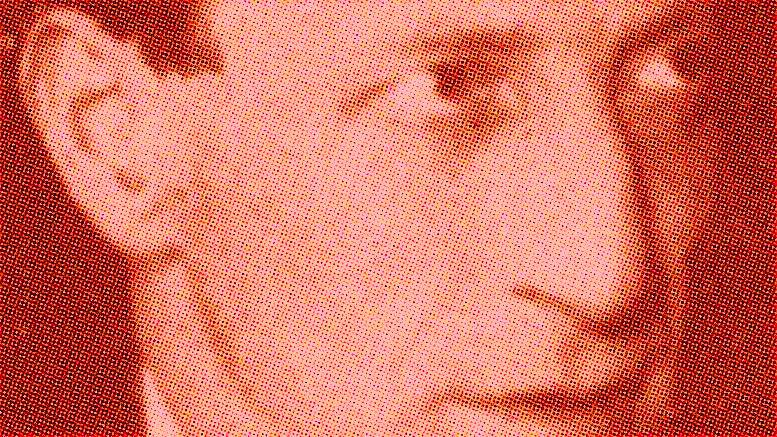 These two conceptions would seem to hang together like Siamese twins. Every expert would say so and every reader would find it paradoxical to attempt to separate them. And yet such a separation unfortunately exists.

During the last few years the political posters that have appeared in Germany have, without distinction of party, descended to a level unthinkably below the former high standard held by the German poster. In England, France, Italy, Austria, even in my own little Hungary, the political poster has of late years evinced a development towards higher things, whereas the German political poster is a thing without verve or energy and therefore bad and useless for the special purpose for which it was intended. I once asked a renowned designer and builder of locomotives, who is a friend of mine, which were the most beautiful engines. He pointed out the so-called Pacific locomotive, at that time the most modern model, tremendously fine and imposing, and answered simply enough that the machine surpassed all others in speed, strength and endurance. Good machines are also beautiful. It should be the same way with the political poster. It does not matter how a poster is done, according to whose manner or to what technique; if it is effective and attractive it is a good poster.

It is an unpleasant task for me to have to criticise thus, since I cannot help but condemn the work of my German colleagues. But of late years since I have been in Germany, I have never had the good fortune to encounter a single good political poster, one able to convince me that I could learn something from it and profit by considering it. On the other hand I feel myself competent to speak on this question since I have been designing political posters in nearly all the countries of Europe, principally in Hungary, for the past twenty-five years. Even those most prejudiced in Hungary’s favor can scarcely say that it was ever an especially liberty-loving state. For the past thousand years up to the present day certain parties either found it impossible to pursue any propaganda or could only do so to an extremely limited extent. Perhaps it is owing to these very restrictions that posters have come into being which conjure the masses with all possible power and passion to throw off their chains. It is and always was a dangerous game and I even think that it is more difficult to create good agitation posters in a democratic state in which they would in any case be permissible. In my opinion the designing of political posters demands not only technical art and ability to draw but also that the artist should be in close touch with the masses of the people to whom his poster is to appeal. The artist who designs agitation posters must have grown up out of these masses and belong to them body and soul, must have a full and complete understanding of their wishes and convictions – must in fact be one with them. These posters intended to work upon the masses must be true art, drawn as simply and as comprehensibly as possible and always taking mass psychology into account. Of course posters with powerful lightning-like lines are apt to exercise a far greater influence upon the masses than carefully and intricately finished posters or the so-called “objective” posters of the “neue Sachlichkeit”. According to my idea, the political poster must be liberated altogether from the heavy burden of so-called “objectivity”. Objective posters (that is, those dealing only with the naked object, freed of all imagination) are entirely out of place here. “Sachlichkeit” puts a brake upon the artist’s energy and hinders every vigorous stroke with which he ought to hammer his poster into the public’s head. The expression “Sachlichkeit” or objectivity now so popular (I believe it originated through imitating American drawings after photos or composite photos) may be suitable enough for various patent goods such as cog-wheels or automobiles, but it has no business intruding into political Propaganda. Political posters of today lack either art or conviction, sometimes both. Party successes are usually due to personal influence and propaganda by leaflets. But I cannot imagine that a poster with the more or less badly-drawn portrait of a party leader or president can be attractive enough to hold the attention of the masses engaged in fighting for their freedom against oppression. Such a poster ought to be something to open the eyes of the population interested, to force them to think – something which works upon their feelings at first sight. I am firmly convinced that none of the recent election posters can have won a single vote from the masses in spite of the embittered energy with which the struggle was waged.

I consider it to be impossible that a political poster should with a mere alteration in text be made to serve equally well as Propaganda for young gymnasts, open-air athletics or a campaign to “Eat More Fish!” A political poster is not a poster advertising goods, which I might use today for one soap factory and tomorrow for its rival. The artist who designs political posters must not be confounded with the advocate whore presents the plaintiff today and the defendant tomorrow. The artists who set themselves to design political Propaganda posters must have the courage of their convictions, otherwise it is impossible for them to design convincing and effective posters. I consider it immoral for an artist to design for various political parties simultaneously, and just because it is immoral, such posters can never attain the end in view. 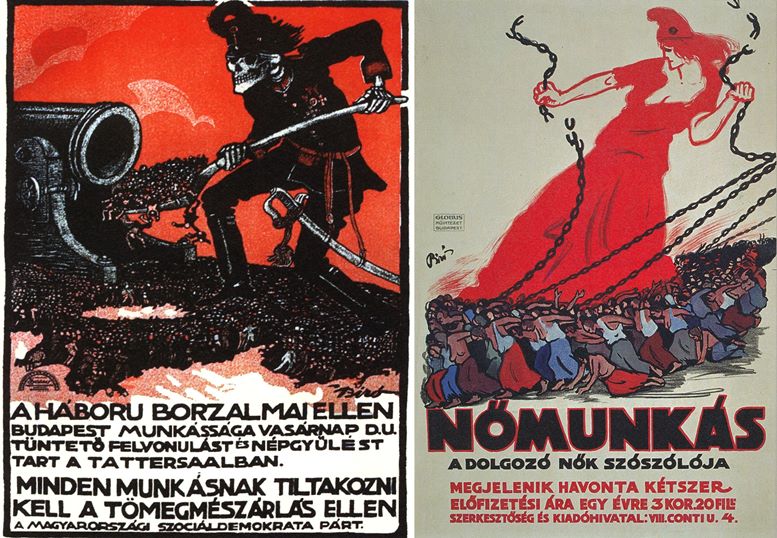 I would like to cite one example from my own experience as to the way in which a political poster ought to come into being – it is an example out of many. I refer to a poster well-known to all experts and remembered no doubt by hundreds of thousands – the so-called “cannon fodder” poster, which I designed before the first mobilisation of the Austro-Hungarian monarchy against Serbia. This poster was commissioned at seven o’clock one evening, drawn direct upon the stone in two colors and by eight o’clock next morning it was already posted up everywhere. Half an hour later mounted police were charging wildly around attempting with drawn swords to disperse the masses collected before the advertising pillars. The police cut the posters to pieces with their swords wherever they found them, but the enthusiastic public persistently stuck up fresh copies. Shortly afterwards the crowds had mounted the poster on staves and thousands and thousands marched about the town with them and by 12 o’clock noon a general strike was already in progress. The poster had incomparably more to say to the people than a hundred revolutionary leading articles. For those who aspire to design political posters I know no better guide than the motto:

“He puts his creed into posters.”

I cannot help the fact that it happened to be an English poster magazine which gave this title to an article on my poster-work.