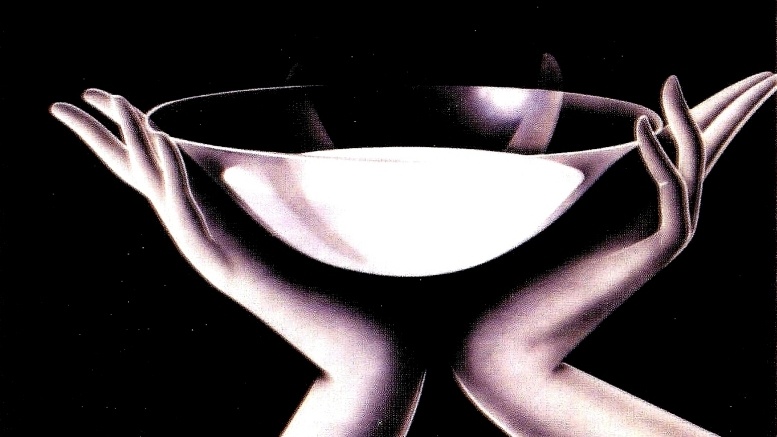 If two poster artists have the same surname, it does not mean to say that they are related or even that they have the same artistic outlook. They can also differ considerably in the extent to which they are known. Yet if we look back and can here and there recognise parallel developments, this is certainly reason enough to approach a topic of this kind.

The first artist is the rightly well­known Austrian graphic designer Joseph Binder (3.3.1898, Vienna – 26.6.1972, Vienna), and the other is the unfortunately lesser known Josef Friedrich Gustav Binder (31.3.1897, Ludwigshafen – 30.3.1991, Scheidegg). Both signed their works B I N D E R in capitals with spaced lettering, the execution of which remains similar even in the variations. Even if there is no immediate likelihood of mista­ken identity when one knows about the two Binders, it does seem sensi­ble to highlight a few similarities and differences which may help in cases of doubt. In addition to a direct comparison of the posters, other works (e.g. trade marks) and the variations of signa­ture, the individual stages of deve­lopment of the two artists can also produce a useful additional aid to the unambiguous identification in cases of doubt. 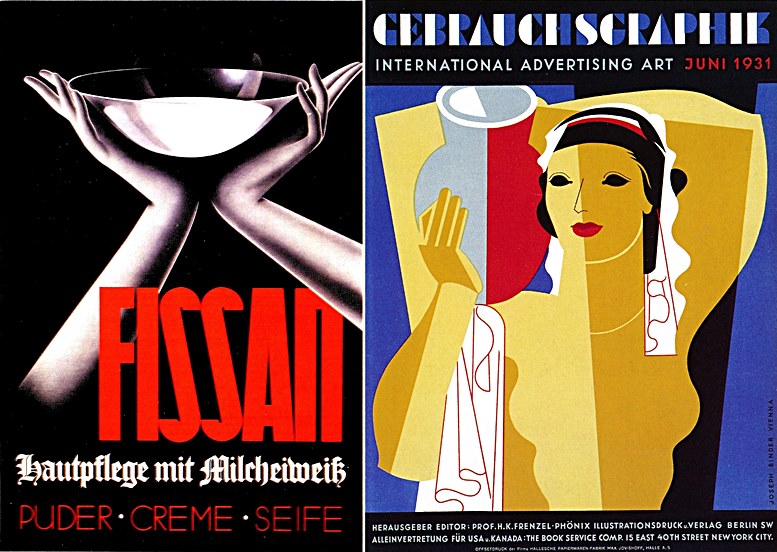 Joseph Binder, born on 3.3.1898 in Vienna, was trained as a lithographer and attended the Applied Arts School in Vienna (studying under Berthold Löffler and others). Then worked in the co-operative studio, ESBETA. In 1924 he established his own graphic design studio. This saw the creation of a modern poster style, the success of which made Binder internationally famous. Outstanding works e.g. for Semperit (brand mark), Bensdorp (character font), Meinl Coffee and Tea (including the „Meinl-Mohr” still used today; first version in 1924), Arabia Coffee corporate identity (trade mark, posters, packaging, business equipment and main gates) and much more. In 1933, Binder became the first officially appointed expert on commercial graphics in Austria. In the same year he accepted an invitation to lecture in the United States. There he established his own graphic design studio. His work brought Binder international recognition. He designed posters (e.g. for Ford and the US Navy), trade marks, newspaper advertisements and magazine covers. Collaboration with A.M. Cassandre and others. He increasingly also worked as a painter. In 1965 Binder began abstract painting which he called „non objective art”. On 26.6.1972, during preparations for a major exhibition of his works, Joseph Binder died in Vienna. His estate is kept by the Austrian Museum of Applied Arts (MAK) in Vienna.

Josef Friedrich Gustav Binder, born on 31.3.1897 in Ludwigshafen, school in Ludwigshafen, art study in Berlin. 1922-27 in Saarbrücken as freelance graphic designer and teacher. In 1924 he was the winner of the International Brand Label Competition of lG Farben, and rapidly became a sought-after commercial graphic designer. 1927-1936 own studio in Ludwigshafen-Mannheim. Numerous involvements and awards from international exhibitions and competitions (World Exhibition, Paris 1925, Barcelona 1929, Chicago 1933). Work for IG Farben, Knorr, Fissan etc. Also turned to painting, with a style that makes his pictures appear as though viewed through sharp crystal. But there are also examples of an almost abstract geometric approach in his work. Josef F. G. Binder died on 30.3.1991 in Scheidegg/Allgäu, where he had gone into retreat several years previously.