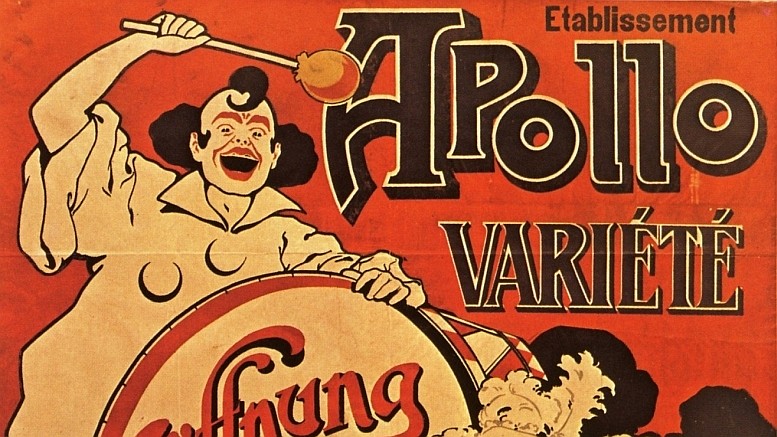 Emil Ranzenhofer was one of the first academically trained artists in Austria who made advertising his profession. But there is also another reason that makes him an interesting and prominent personality: With his graphic work for early Zionism he created important visual contributions to the founding myth of the state of Israel.

Telegraph form for supporting the Jewish National Fund, before 1911

Born in Vienna on January 4th, 1864, Emil Ranzenhofer studied under Christian Griepenkerl at the Academy of Fine Arts and soon became a very productive painter and graphic artist. In his non-applied work Ranzenhofer was an important visual chronicler of Jewish life in the Austro-Hungarian monarchy. For instance, in 1902 he created a series of water colours of Viennese synagogues and other Jewish community buildings. As most of those buildings were destroyed by the Nazis in 1938, his water colours – beyond their artistic value – are interesting from a historical perspective as well. Ranzenhofer also regularly documented the Jewish life of his time, take for example a watercolour of a meeting of the “Israelitische Kultusgemeine” (The Jewish Community) from 1902. That same year, Ranzenhofer became a Freemason being accepted by the border-lodge “Humanitas” (located across the border in Hungary as the Freemasons were legal there) where he dealt mostly with social problems.

During World War I, Ranzenhofer created compassionate graphic pictures of Jewish refugees. The Jewish cause also featured in other parts of his applied graphic work: For instance, he created the telegraph form for the Jewish National Fund, Theodor Herzl’s initiative to acquire land for Jewish settlers in Palestine. He also created a donor’s certificate. In fact, the mouthpiece of the Zionist movement “Die Welt” commented on June 23rd, 1911: “The Jewish painter Emil Ranzenhofer of Vienna whose art work has given us designs for the Golden Book, the G(olden) B(ook)-diploma, the olive tree diploma and the telegraph form, has now created a new perfect work of art, after consultation with our esteemed Johann Kremenezky: A certificate of land donation which has been welcomed everywhere and will certainly contribute to the donation’s popularity.”

A special focus of Emil Ranzenhofer’s work was on poster design, making him one of the first such specialists in Austria. As Ranzenhofer was especially well informed about international trends, he was able to help publicise and popularise Art nouveau in Vienna. For instance, his poster for the opening of the “Etablissement Apollo” is proof of Ranzenhofer’s ability to perfectly recreate the esprit of the French Varieté in the manner of a Jules Chéret, “roi des affiches” of Paris. 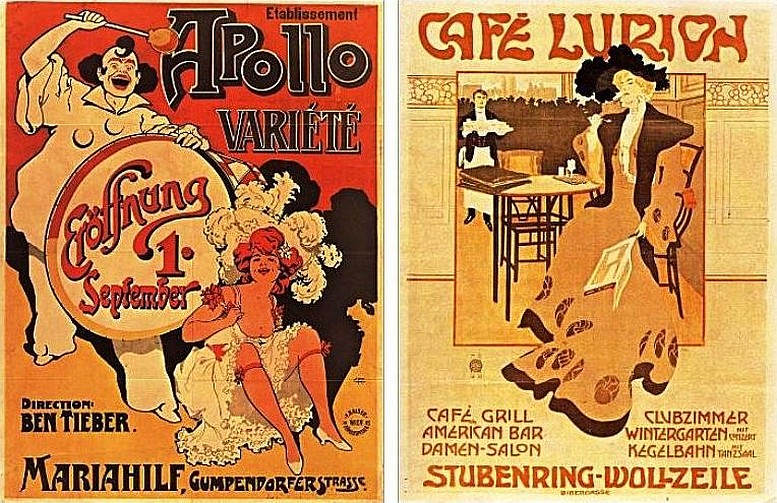 During World War I, Emil Ranzenhofer worked in the War Press Office of the Austro-Hungarian army where he created propaganda material like picture postcards, posters and so-called “Vivat-ribbons” (silk ribbons with printed patriotic messages). In October of 1918, Ranzenhofer was awarded the “Knight’s Cross of the Imperial Franz Joseph Order with war decoration” honoring his artistic battle against the enemy.

After the war, Ranzenhofer was unable to follow up his earlier successes, sidelined by younger designers with new, more modern ideas. Almost forgotten, he died in Vienna on October 9th, 1930.

“Haselmayer’s Educated Birds”. A poster and its background