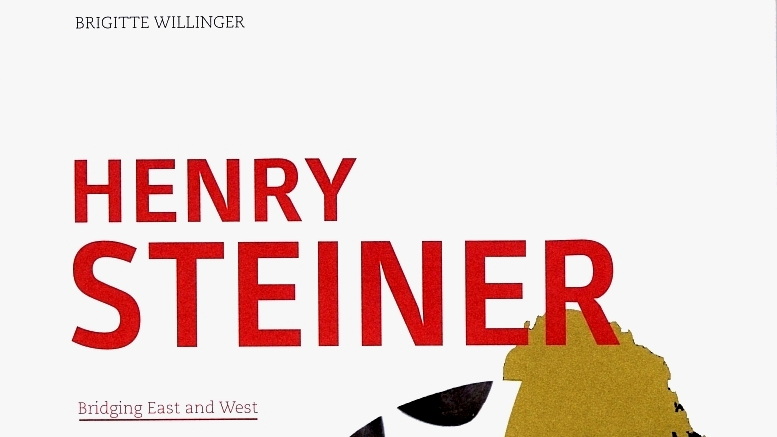 Henry Steiner is one of the most influential graphic designers of our time. Brigitte Willinger has written a vivid and interesting portrait of the renowned designer within the framework of the series “/design/er/leben/”.

Henry Steiner was born in Vienna in 1934 and spent his early childhood in Baden near Vienna, until his parents had to flee to New York with their little son in 1939 because of their Jewish origin. Soon he showed a clear artistic talent. He wanted to become an author or illustrator and then decided on a visually oriented career. Steiner received a Bachelor of Arts degree from Hunter College in New York and continued his education at Yale University, where he received a Master of Arts degree in Graphic Design in 1957. One of his fellow students was the later very successful British designer Alan Fletcher. When asked about the difference between free art and applied art, Fletcher once said: “A designer tries to solve his client’s problems. A painter tries to solve his own problems.” This statement also characterizes Steiner’s further work.

After an intermezzo with various advertising agencies on New York’s Madison Avenue, Steiner received a Fulbright Fellowship, giving him the opportunity to spend two years studying at the Sorbonne in Paris. The young designer then worked again for a New York advertising agency until 1961, when he was offered the opportunity to relaunch Asia Magazine, which was published in Hong Kong. He stayed in China, initially as Design Director of the magazine, until he founded his own studio in Hong Kong in 1964 under the name “Graphic Communication Ltd”. The studio was renamed “Steiner & Co” in 1994 and continues to operate successfully to this day. The special fields were and still are “branding and corporate identity” as well as banknote design.

Many high-grade honours testify to Steiner’s international recognition – only recently he was awarded the honorary title of “Professor” by the Austrian Federal President.

As part of Vienna Design Week, designaustria organized a presentation of the newly published “/design/er/leben/” volume with an interview with Henry Steiner. In the announcement it was aptly stated: “Henry Steiner studied at Hunter College, Yale University, and the Sorbonne in Paris and has been living and working as a graphic designer in Hong Kong for over 50 years. He published ‘Cross-Cultural Design’, the first book to examine the challenges and rewards experienced by the world’s leading communication professionals when handling assignments outside their own cultures. In today’s world, with more and more cultures mingling and overlapping, this approach can teach us a lot in general as to respecting different cultures and not seeking to harmonize them, but recognizing their contrasts as a fascinating enrichment and valuable complement.”

“One of the most original expositions”: The Vienna Poster Exhibition in 1888