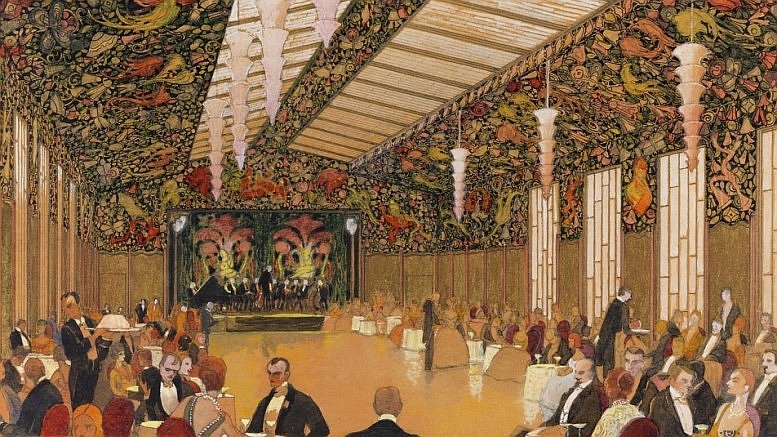 What is the connection between ‘The New School for Social Research’ in New York and Vienna’s ‘Rathauskeller’, the cellar restaurant in its city hall? The answer is the US-Austrian architect and designer Joseph Urban. Together with his brother-in-law Heinrich Lefler, he was responsible for the artworks in the restaurant – and he was the architect of the ‘New School’ building in New York.

Born in Vienna on 26 May 1872, Joseph Urban was not just one of the city’s most influential artists around 1900, but also one of the most important US architects, stage designers and film set designers during the interwar period. He graduated from the Academy of Fine Arts in Vienna, where he had studied architecture with Carl Hasenauer. Urban initially worked on a variety of artistic and organisational projects. He was co-founder and for a while also president of the Hagenbund, the third significant artists’ association in Vienna besides the Künstlerhaus and Secession. Urban designed the Hagenbund exhibition hall on Zedlitzgasse and also the festival site for the procession celebrating the Emperor’s Diamond Jubilee in 1908. He shared offices with Heinrich Lefler for over fourteen years. During this time, the two men not only supplied paintings for Vienna’s city hall restaurant, but were also responsible for various commercial artworks such as picture books, calendars, catalogues, posters and banknotes. 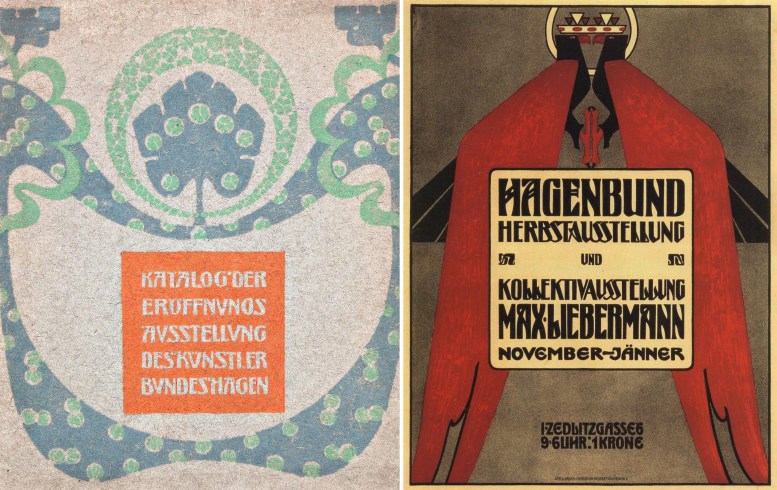 Graphic work for the Hagenbund, left: Catalogue design for the opening exhibition of the artists’ association, 1902. Right: Poster for the 1904 autumn exhibition

In 1911 Joseph Urban was offered the post of art director at Boston Opera House, which he accepted. In 1918 he moved to New York, where he worked as head of stage design at the Metropolitan Opera until his death on 10 July 1933. He created a myriad of stage sets for the opera house there, ranging from musical theatre classics to the US premiere of Ernst Krenek’s ‘Jonny spielt auf’ (Jonny Strikes Up). Besides this, Urban worked as a film set designer and stage designer for numerous shows for the ‘Ziegfeld Follies’, and was also the architect of the Ziegfeld Theatre in New York which was newly built in the 1920s. (The building was unfortunately demolished in 1966.) In 1921 Joseph Urban designed the furnishings for the New York branch of the ‘Wiener Werkstätte’. 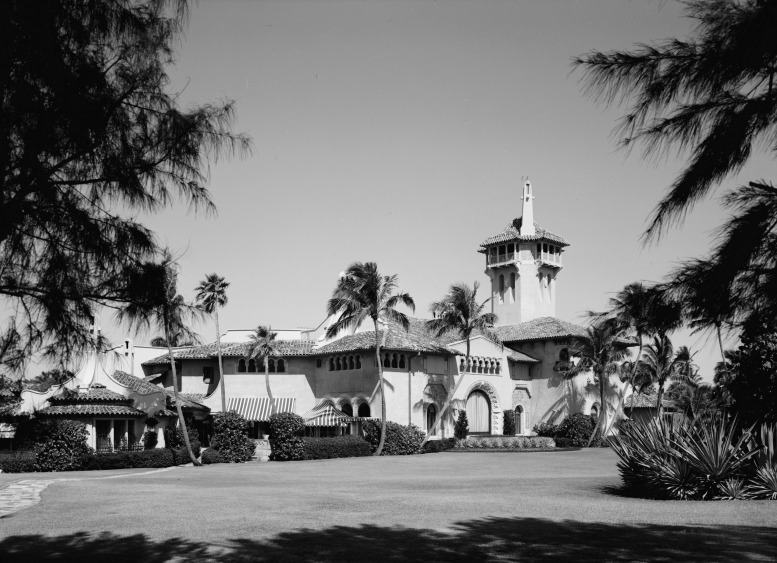 The property ‘Mar-a-Lago’ designed by Urban in Palm Beach, Florida, has survived. It has gained a certain prominence on the political scene in the meantime, as it has become an exclusive club that is currently owned by Donald Trump. Sometimes called the ‘Southern White House’, it even occasionally plays host to official state visitors. Many works of plastic arts in this ‘Spanish-style’ villa complex, which was built between 1924 and 1927 for the industrialist Marjorie Merriweather Post, were created by Urban’s former Hagenbund colleague, the Viennese sculptor Franz Barwig (senior). 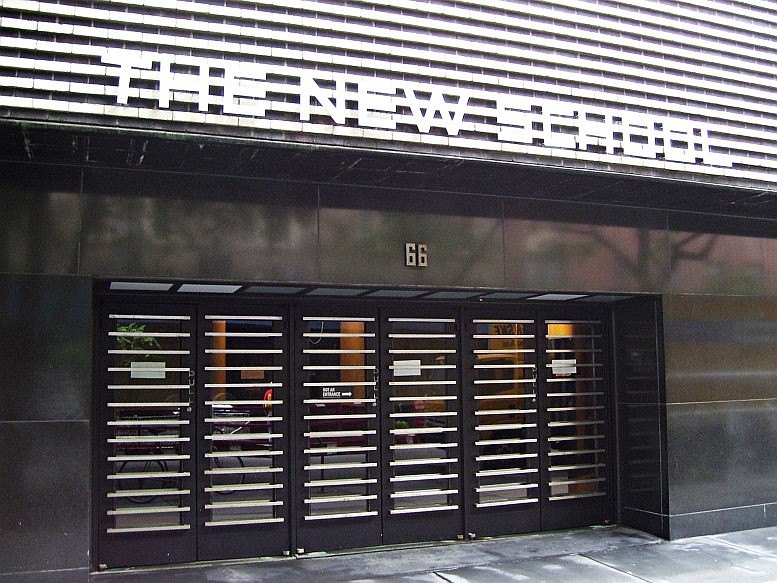 Quite unlike the opulent estate in Florida, Urban’s design for the ‘New School for Social Research’ in New York adopted a highly modern, clear-cut design reminiscent of Bauhaus style. The architect’s impartial sense of detail displays his connection with the holistic approach adopted by Viennese art at the turn of the century, even after moving to the US. Joseph Urban’s Estate is stored at Columbia University, where a surviving handwritten draft of a memorial plaque for a hall in the ‘New School’ shows that the artist never considered himself too grand for small projects. 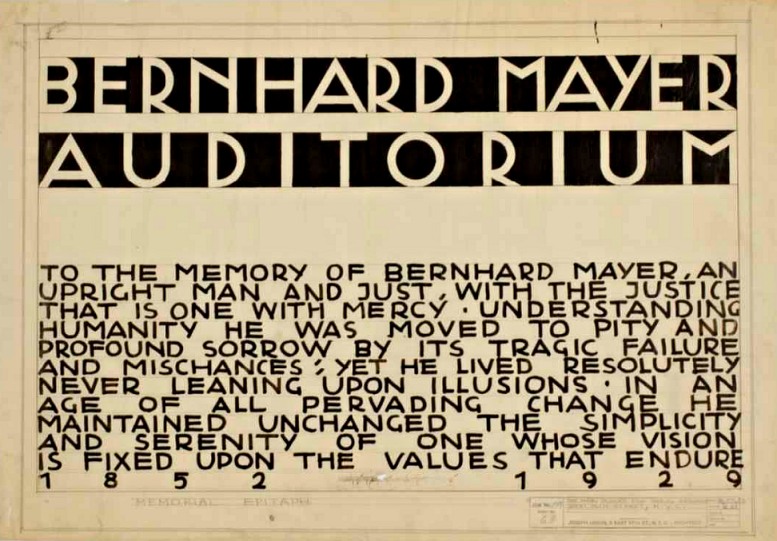 Joseph Urban, Draft of a memorial plaque. Used under a CC BY/NC license from Copyright Advisory Services of Columbia University

An obituary for the artist in ‘The Evening Star’ on 12 July 1933 reads: “Joseph Urban was a man of authentic genius. His gifts were exuberant. To him ugliness was simply a vacuum to be filled by creative labor. He spent the entirety of his adult life in an incessant campaign to replace with beauty the crudities, the crassnesses and the vulgarities he found about him. The world gave him opportunities which he appreciated and used to the full. He designed houses, palaces, bridges, theaters, private and public buildings of every grand and noble sort. He illustrated books for children, laid out gardens, invented furniture, planned expositions.”